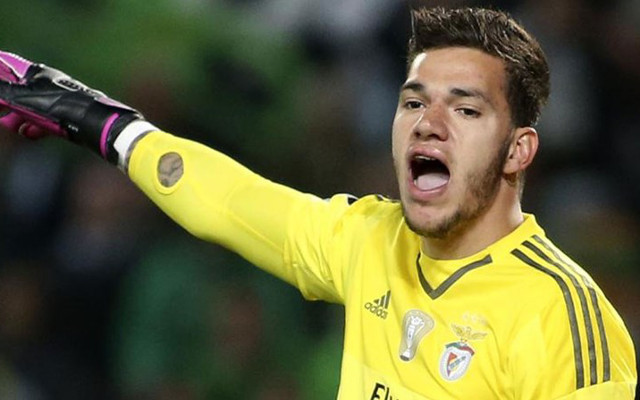 Man City are reportedly set to complete a £45m swoop for Benfica goalkeeper Ederson, a world record deal for a shot-stopper as it shatters the figure paid by Juventus for Gianluigi Buffon.

It’s no surprise that Pep Guardiola is looking for a new goalkeeper this summer, as ultimately his current options haven’t offered the necessary assurances.

Having snubbed Joe Hart at the start of last season and sent him out on a season-long loan deal at Torino, it’s unlikely that the England international has a future at the Etihad.

Further, Claudio Bravo failed to convince after his switch from Barcelona, while Willy Caballero is out of contract this summer and will move on.

According to The Sun though, Guardiola will address the problem with a £45m bid for Ederson, with the 23-year-old tipped to complete his move to the Premier League outfit this week.

However, the report goes on to add that City hope to snap him up for a lot less than that figure, but it’s claimed that they do expect to eclipse the £33m spent by Juve to sign Buffon from Parma in 2001.

It’s noted that there are third-party ownership issues to resolve still, but it looks as though Guardiola could be ready to bring in a long-term solution between the posts at the Etihad.

Ederson certainly enjoyed this past season with Benfica completing the league and cup double, while they conceded just 18 goals in 34 league games, which was enough to ensure that they ended the campaign with the best defensive record.

While he benefited from having a solid defensive line in front of him, he certainly deserves some of the plaudits for that and so on paper, it looks as though Man City are snapping up a top shot-stopper.