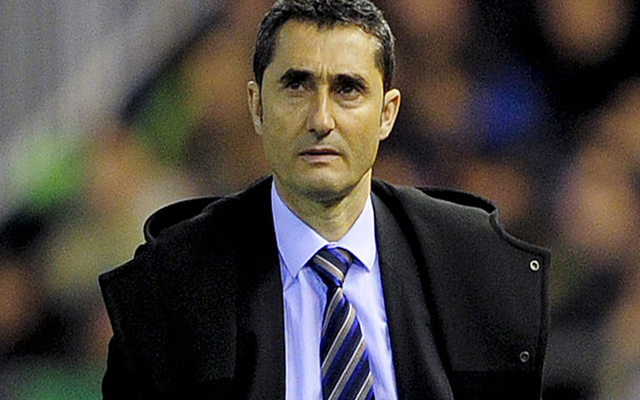 Barcelona are reportedly set to unveil Ernesto Valverde as their new coach at 6pm UK time, as per Sky Sports pundit Guillem Balague.

The club will hold a board meeting at 1pm, and a press conference has been called with president Josep Bartomeu expected to reveal the identity of the club’s next coach.

It brings an end to speculation over who it will be, with Luis Enrique announcing earlier this season that he would be stepping down at the conclusion of the campaign.

While that seems to be an all-but done deal, AS have begun the process of assessing the squad at Valverde’s disposal when he arrives and questioning which players will stay and which are at risk of being sold.

Further, potential signings are also suggested, and it’s claimed that Manchester United midfielder Ander Herrera is the first choice for Valverde, with the pair previously working together at Athletic Bilbao.

Given his importance to Jose Mourinho this season, the Spaniard is unlikely to be sold, but the appeal of playing of Barca and sealing a reunion with Valverde could be too strong for him to ignore and so it presents a possible problem for United this summer.

Meanwhile, Arsenal defender Hector Bellerin is tipped as the top target to solve Barca’s problems at right-back, while Marco Verratti remains a dream signing but it’s added that it will be difficult for the Catalan giants to prise him away from Paris Saint-Germain.

Philippe Coutinho is mentioned in the report as being a player of interest to Barcelona, and it certainly isn’t the first time he’s been linked with a move to the Nou Camp. While this is all speculation at this point, the general feeling is that the club will back Valverde in the transfer market this summer as they look to reclaim the La Liga title next year and improve in the Champions League.