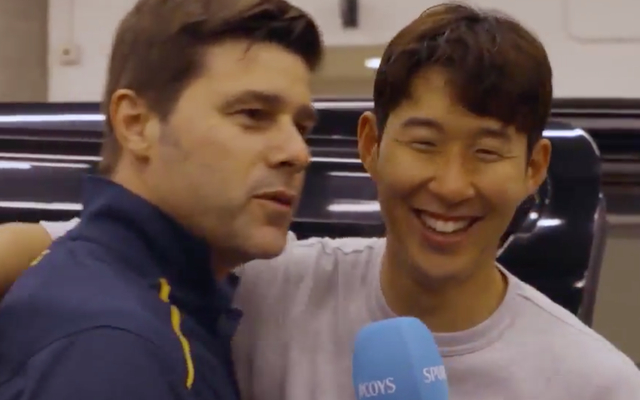 As they go their separate ways over the summer, Tottenham boss Mauricio Pochettino and Heung-Min Son shared a wonderful moment on Sunday.

With their post-season tour of Hong Kong coming to a conclusion, the Spurs squad will head out on their separate paths for a well-earned holiday before reporting for pre-season training in July.

In turn, that means Pochettino won’t see his players for a number of weeks, and he made sure to say goodbye to Son before he and his staff left, even interrupting a Spurs TV interview with the South Korean international to do so.

Mauricio & Sonny? share a moment in Hong Kong as the manager interrupts his interview to say thank you before he heads home for summer… ? pic.twitter.com/0yScCCwYUX

As the pair embraced, it was a little insight into the relationship that the Argentine tactician has with his players as he looks to have formed a close bond with Son on the evidence of this video, and it’s highly likely that it’s the same for the others too.

Tottenham have had two great seasons, albeit they’ve been left empty-handed at the end of them, but they’ve undoubtedly taken positive steps and will hope to go on another level next season.

Keeping their best players at the club will be of paramount importance to that, and on the basis of this video, leaving Pochettino isn’t going to be an easy decision for any of them…