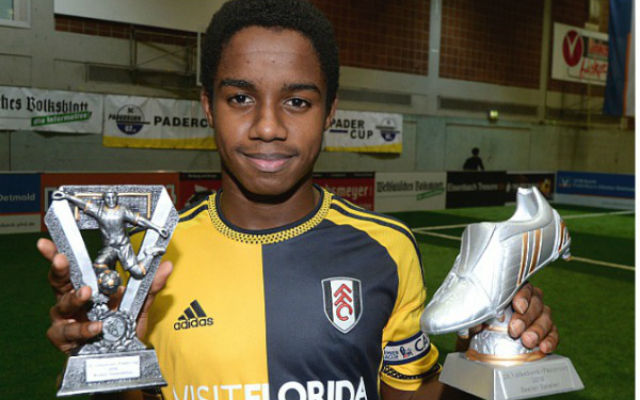 Tottenham are reportedly making progress with their summer transfer activity as Mauricio Pochettino looks to strengthen his squad ahead of next season.

Despite making solid progress over the last two years, there are still question marks hanging over Spurs given their inability to win trophies this year.

Having fallen short in the Premier League title race again and in the semi-finals of the FA Cup, Pochettino and his players will be desperate to take that final step and be a real force.

In order to do that, they will likely have to strengthen the squad where possible, and perhaps replace outgoing players as even though it would be ideal to keep the current group entirely in tact, it may not be that easy.

According to The Times, Pochettino is pressing ahead with his Tottenham transfer business, as they are considered favourites to sign Fulham teenager Ryan Sessegnon.

On one hand, it can be seen as an exciting signing of a young player tipped for a bright future, with several other clubs paired with an interest. However, in contrast, it could also act as a concern that it’s a signing with a possible Danny Rose departure in mind.

Either way, it’s a good move from Tottenham as they look to continue to put together a talented, English squad, although Ben Davies will naturally have something to say about Sessegnon potentially coming in and taking the starting berth at left-back.

Meanwhile, that isn’t the only transfer update in the report from the Times, as Tottenham have reportedly had an £8m bid accepted for 19-year-old Basaksehir star Cengiz Under.

The 19-year-old scored nine goals and provided seven assists in 41 appearances this past season, operating on the left hand side of midfield, albeit with the versatility to play elsewhere too.

This is arguably one of those more riskier signings though as it’s unknown as to how good he really is or could be, but he seemingly has the faith of the Tottenham scouts if the rumour is to be believed.