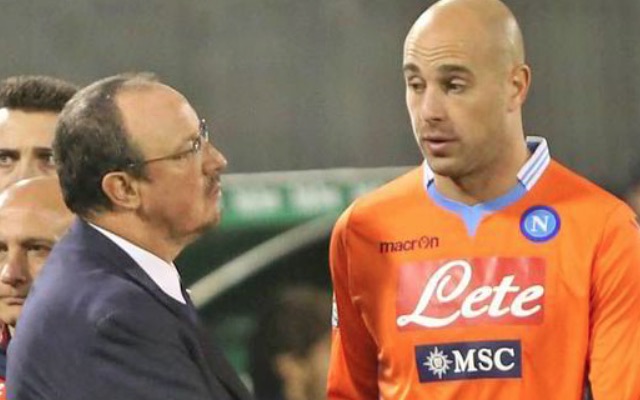 Pepe Reina was once a big favourite among Liverpool fans.

The penalty-saving Spanish goalkeeper was definitely a favourite of former Reds manager Rafa Benitez. And it seems that he still is.

According to The Mirror, Benitez wants to sign Reina for a third time by bringing him to Newcastle United this summer.

Benitez signed Reina first in 2005 when he brought the stopper to Liverpool.

Liverpool and Benitez parted company five years later, but Rafa and Reina linked up once more in 2013 when Napoli took the keeper on loan from Anfield.

Reina subsequently signed for Napoli on a permanent basis in 2015, having spent a year on Bayern Munich’s bench in-between.

The 34-year-old has just completed a fine season, which saw him start 37 Serie A games and eight Champions League matches, helping Napoli finish third domestically and reach the last 16 in Europe.

However, he could be set for a move away as The Mirror claim that he is unsettled.

The Mirror add that Newcastle manager Benitez is preparing to offer Reina a lifeline by lodging a £4m bid.