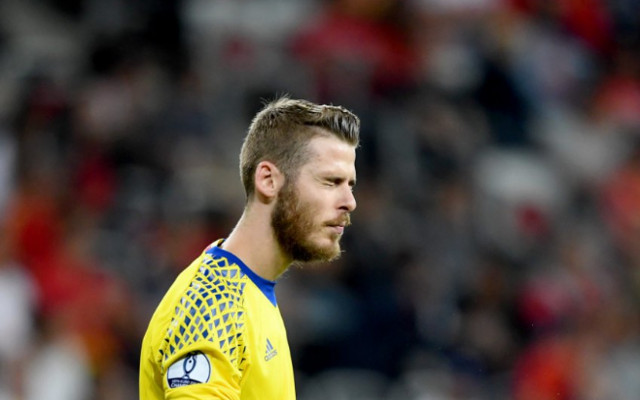 Real Madrid have made an offer for Manchester United star David de Gea that would make him the world’s most expensive goalkeeper ever.

According to Sky Sports, Real have submitted a £60m bid for the 26-year-old stopper, but United have rejected it as they value him higher than that figure.

The world record for football’s most expensive goalkeeper was broken earlier today when Manchester City agreed to pay £34.9m to Benfica for Portuguese stopper Ederson, as reported by The Sun.

Ederson took the title from Gianluigi Buffon who had held the record since 2001 when he moved from Parma to Juventus for £33m.

De Gea is arguably the best goalkeeper on the planet right now, so United’s reluctance to sell him is completely understandable.

Spaniard De Gea cost United £18m, per Sky Sports, when he joined from Atletico Madrid in 2011.

He has since made 200 Premier League appearances, winning the title in 2013.

De Gea has also won one FA Cup, one League Cup, one Europa League and three Community Shields during his United career.