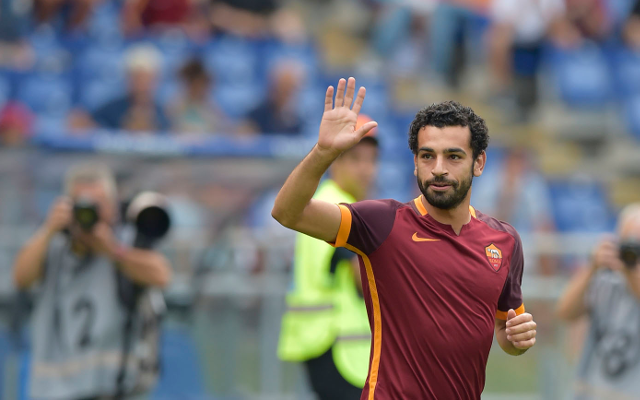 Liverpool are reportedly on the brink of completing a £30.4m deal for Roma winger Mohamed Salah, with the Giallorossi potentially open to selling.

The 24-year-old endured a difficult first spell in the Premier League with Chelsea in 2014, but he has certainly found his feet in Italy with both Fiorentina and more so with Roma since.

After scoring 19 goals and providing 15 assists in 41 games in all competitions last season, it’s no surprise that there is interest in the Egyptian international and it seems Jurgen Klopp is keen to swoop for him.

As noted by the Metro, Salah’s agent is in England and has already reached an agreement with Liverpool while Roma have already settled on Sassuolo forward Domenico Berardi to replace him.

However, the two clubs need to agree on a fee still as Roma are demanding £30.4m and it remains to be seen whether or not Liverpool are willing to spend that much on him.

His form this past season would suggest that he’s worth the punt, while he would arguably be a perfect fit for Klopp’s side in that he would be a much-needed reinforcement in the wide positions, with his pace, work ethic and eye for goal addressing key requirements for the Reds.

Nevertheless, time will tell as to whether or not he’ll end up at Anfield this summer, with Roma surely wanting to keep hold of him. It’s worth noting though that the Serie A giants have been forced to regularly sell their best players in recent years to balance their books, and it’s likely to be no different this summer with Salah potentially being sacrificed to follow the likes of Erik Lamela and Miralem Pjanic.