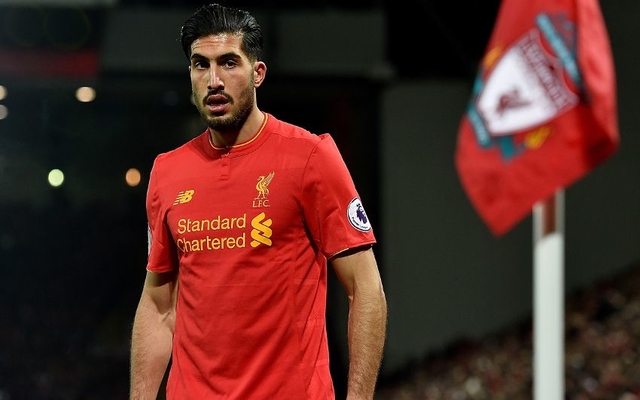 Juventus have reportedly made contact with Emre Can’s agent over the possibility of prising the versatile ace away from Liverpool this summer.

The 23-year-old enjoyed an impressive season this past year, scoring five goals and providing three assists in 40 appearances for Jurgen Klopp’s side, as he established himself as a key figure in the German tactician’s plans.

However, with just over 12 months remaining on his current contract with the Reds, there is concern over his long-term future at Anfield as Liverpool will undoubtedly be keen to extend his stay on Merseyside.

According to Gianluca Di Marzio though, Juve are ready to complicate matters as although they’re also considering other targets, they’ve spoken with Can’s agent and believe that with his contract situation, they can take advantage of Liverpool’s weaker position by negotiating down his price-tag.

Whether it’s that simple remains to be seen, but ultimately the Premier League giants will be concerned about the interest from the Serie A champions, and if anything it will have to spark them into action in terms of getting Can to sign a new deal.

After arriving from Bayer Leverkusen in 2014, he had a slow start to life in England, but the German international has gradually grown into the team and he will be an important piece for Klopp to have next season as Liverpool prepare to return to the Champions League and compete on various fronts.

For that reason, Klopp will want to be adding players to his squad not losing them, and signing Can to a new contract will undoubtedly be a priority moving forward.