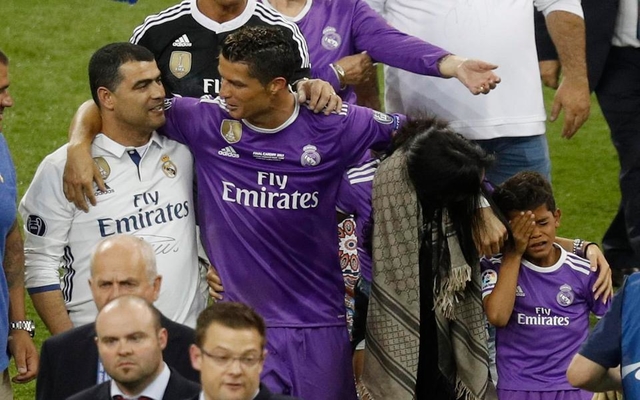 Cristiano Ronaldo celebrated another Champions League triumph on Saturday, and his partner Georgina Rodriguez was on hand to steal the headlines.

Real Madrid secured a 4-1 win over Juventus in Cardiff and the players and staff brought their families onto the pitch afterwards to celebrate with great scenes between Ronaldo and his son.

At one point, it all got a bit too much for Ronaldo Jr., although conflicting reports suggest that he may well have hurt himself at some point, but fortunately Rodriguez was on hand to console him and make sure he was alright, as shown in the video below.

Ronaldo scored twice in the win to finish as the Champions League top goalscorer for the fifth consecutive season, while he has now scored 600 goals for club and country throughout his career as the silverware and individual accolades continue to roll in.

These trophies will mean more to him now as he gets to share it with loved ones, including Rodriguez who he has been reportedly dating since 2016, and of course his son.

However, while the focus was on him during the game, there was plenty of attention heading the way of his partner, as Rodriguez wowed in her Madrid top and showed that their relationship is certainly serious as her priority aside from joining in the celebrations was to make sure the Madrid superstar’s son was ok…