He also flew back to Spain with a £5 haircut by the looks of things! 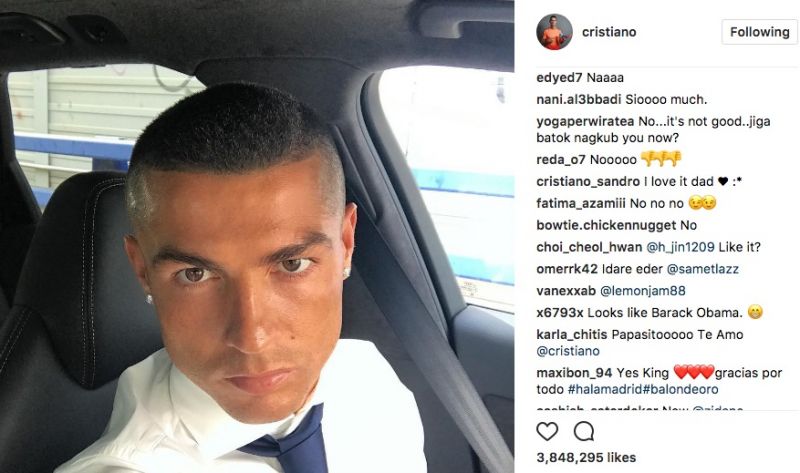 Real’s main man took to Instagram on Sunday to ask his fans what they thought of his new buzzcut.

The majority of the responses suggested that the public generally preferred his previous style.

However, he was also offered compliments in the comments, as well as sexual favours!

Meanwhile, one Insta user said that he now looks like Barack Obama.