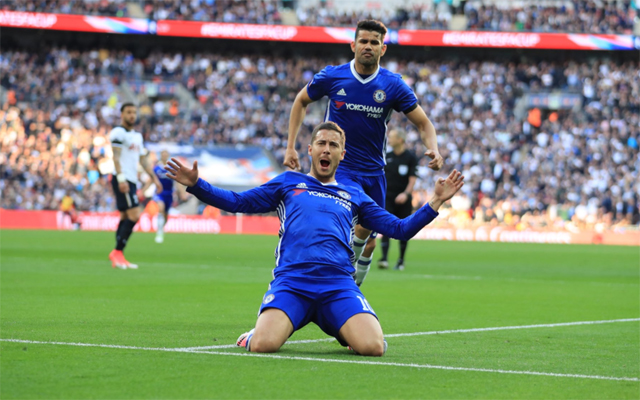 Eden Hazard posted an update on Twitter for supporters on Monday after the Chelsea playmaker was forced to undergo surgery on an ankle injury.

The 26-year-old suffered the setback during training with the Belgian national team at the weekend, with confirmation later arriving that he had fractured his ankle.

He moved quickly to undergo surgery to repair the issue, and will now be sidelined until September, as per The Sun.

“Everything went well with my ankle operation, now I start the road to recovery! I will be stronger. Thank you for your support!!” he wrote on Twitter, as seen below.

Everything went well with my ankle operation, now I start the road to recovery! I will be stronger. Thank you for your support!! pic.twitter.com/aokirnytkW

It’s still a blow for Hazard and Chelsea though as ultimately he’ll now be forced to miss pre-season and will be far from full fitness when the new season gets underway.

Antonio Conte’s side will be looking to make a quick start next season in the defence of their Premier League crown, but they’ll have to do it without Hazard for the opening few games at least.