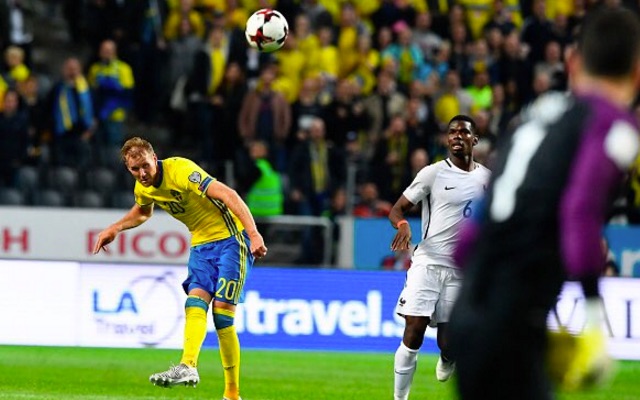 Hugo Lloris is widely regarded as one of the Premier League’s finest sweeper-keepers, but the Tottenham Hotspur captain made a monumental error while playing for his country on Friday night.

Deep into stoppage time in the FIFA World Cup qualifier between Sweden and France, Lloris suffered a rush of blood to the head, which saw him dribble past one attacker before recklessly conceding possession with a very poor pass.

Take nothing away from Ola Toivonen, though, because what the Swedish midfielder did next was truly stunning.

So Sweden 1-1 France with 20 seconds to go and Lloris does this. Absolutely hilarious. #France #Sweden #WorldCup pic.twitter.com/vYW6ZNlatN

Toivonen punished Lloris’s error with an incredible first-time shot from inside his own half.

This occurred in the final minute of stoppage time and saw France lose 2-1.

Had Lloris opted to simply hoof the ball as far as possible, like a normal goalkeeper, then France would have remained unbeaten and stayed in control of Group A.

However, his mistake and his side’s subsequent defeat sees France slip to second place, behind Sweden.

Only the group winners will qualify automatically for next year’s finals in Russia, with the runners-up likely facing the prospect of a playoff.

France’s defeat not only makes automatic qualification a tougher task, but it also gives hope to third-place Holland, who are now just three points behind Les Bleus, after thrashing Luxembourg 5-0.