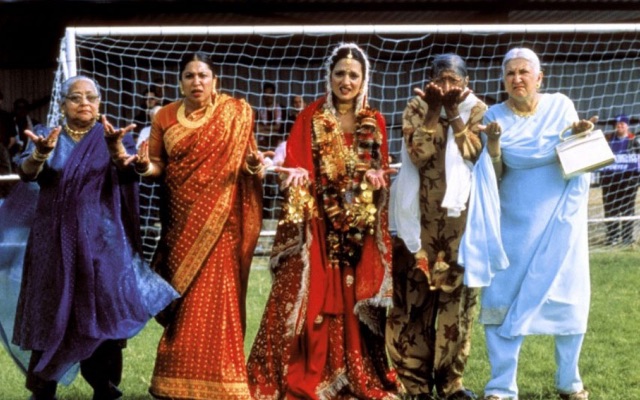 Leigh Griffiths was the star of the show on Saturday night as his first two international goals earned Scotland a 2-2 draw with England.

Both of Griffiths’ goals were cracking free kicks, although the first was aided by some questionable positioning from England goalkeeper Joe Hart.

Belter of a free kick from Griffiths. #Scotland 1-1. pic.twitter.com/aL2yYkN6Q5

Manchester City stopper Hart was far too tight to his right-hand post when Griffiths stepped up and this prevented him from getting across to stop the Celtic striker’s thunderbolt.

Hart’s position was comically compared on Twitter to the famous free-kick scene in 2002 movie Bend It Like Beckham.

Although Hart was not quite as guilty as the fictional film goalkeeper, who hugs her near post while hiding behind the wall, he really should have done better.