Arsenal will start the 2017-18 Premier League season at home to Leicester City.

The Gunners have won just one of their last seven Premier League openers, suffering home defeats to West Ham United and Aston Villa along the way.

But they will hope to put their recent starting problems behind them when the Foxes could to town on Saturday August 12. 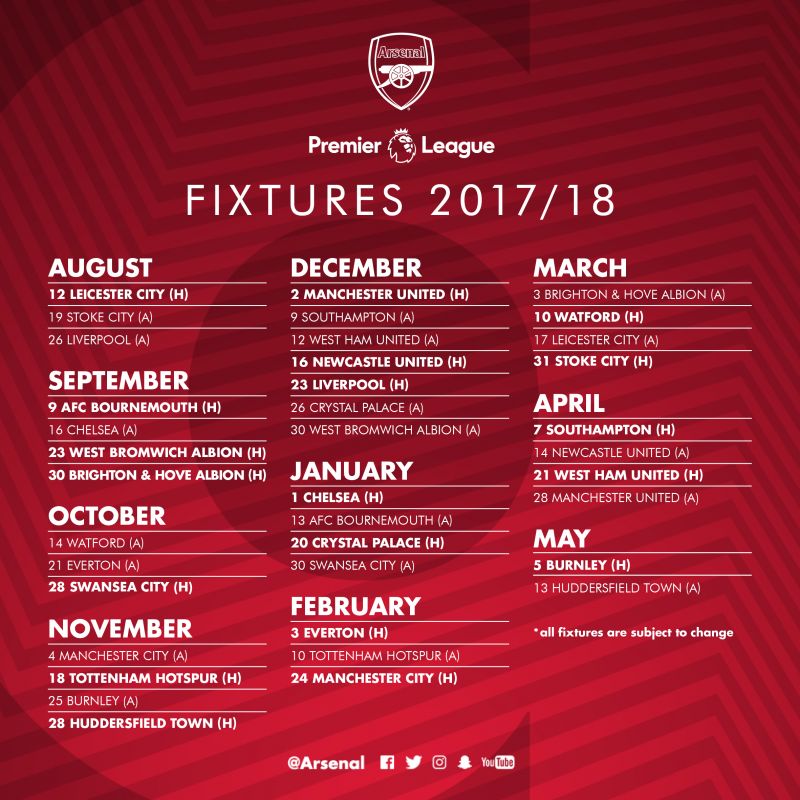 At this stage, all dates are subject to change and many games are likely to be moved to Sunday for television coverage.

Arsene Wenger’s side will have to get used to playing on Sunday’s this season, after a disappointing fifth-place finish last term landed them with a place in the Europa League, which brings regular engagements on Thursday nights.

But first Arsenal have a pretty full pre-season schedule, starting with a trip to Australia to play Western Sydney Wanderers on July 15.

The Gunners then jet off to China for friendlies in Shanghai and Beijing, against Bayern Munich and Chelsea respectively.

Home matches against Benfica and Sevilla in the Emirates Cup follow over the final weekend in July.