Borussia Dortmund starlet Ousmane Dembele is seemingly doing his best on social media to drop hints that he wants to join Man Utd this summer.

The 20-year-old enjoyed an impressive debut campaign in the Bundesliga last season, scoring 10 goals and providing 21 assists in 49 appearances in all competitions.

While it would appear that staying in Germany would be the sensible decision as he is given regular playing time and has an important role in the future at Dortmund, it doesn’t seem as though he’s too keen to avoiding being involved in transfer speculation.

As seen in the two images below, he is taking a big interest in Victor Lindelof’s move to Old Trafford, with the Swedish international completing his move to join up with Jose Mourinho and his squad earlier this week.

Having liked a tweet confirming the transfer from the official Champions League account, Dembele also liked a tweet from Lindelof himself posing in his new shirt.

The French international signed a five-year deal with Dortmund last year, and so it’s difficult to see him moving on any time soon. However, on the basis of this activity, perhaps he’s pining for a move to Old Trafford already, which will put real pressure on Dortmund to find an agreement to get him to commit his future. 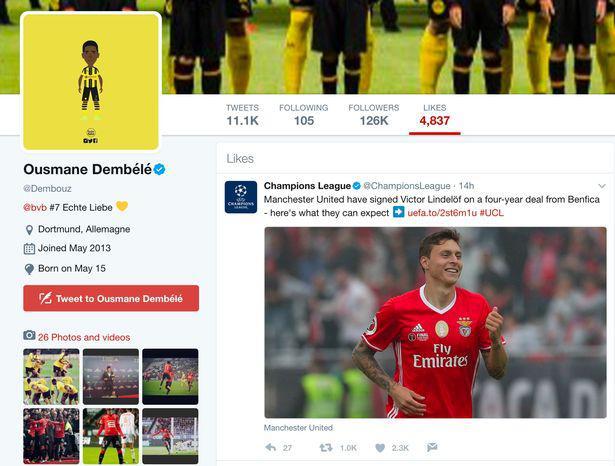 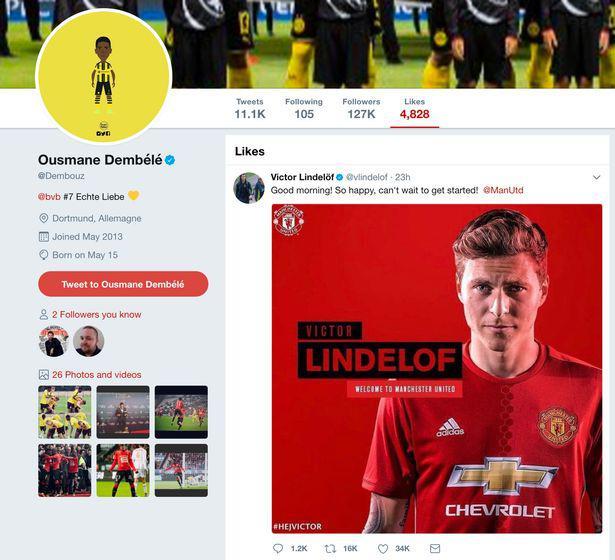