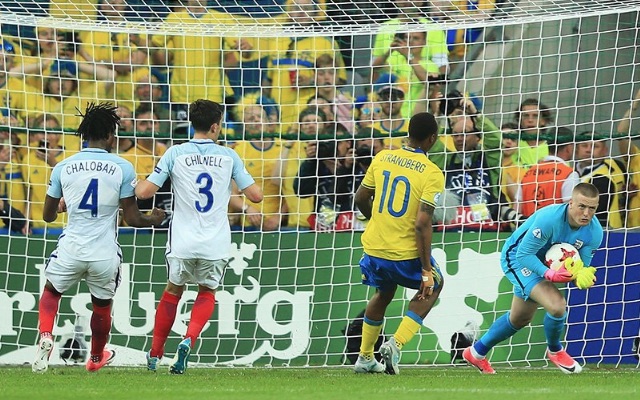 England were outplayed by Sweden as the 2017 UEFA European Under-21 Championship got underway in Poland on Friday night.

Sweden dominated the game in terms of chances, with their best opportunity coming from the penalty spot.

But England had a £30m goalkeeper between the sticks.

Everton threw down £12.5M for just that one hand. Pickford with the savage save. #England #U21 #Everton #TransferNews pic.twitter.com/TcibqMRWjB

New Everton signing Jordan Pickford was undoubtably England’s man of the match, with a second-half penalty save his most significant contribution.

Sweden were awarded the penalty 10 minutes from time when Ben Chilwell slid in rashly on Linus Wahlqvist.

Defender Wahlqvist confidently stepped up to take the penalty himself. Perhaps too confidently?

The 20-year-old IFK Norrkoping man tried to beat Pickford with a Panenka, but the England stopper made him look silly with a one-handed save.

Next up for England’s youngsters is a game against Slovakia on Monday, before Aidy Boothroyd’s side complete their group campaign when they face hosts Poland three days later.

England must win the group to be guaranteed a semi-final place, with only one of the three runners-up progressing in the 12-team format.

It’s been a big week for Pickford, who moved from Sunderland to Everton yesterday in a deal worth an initial £25m, possibly rising to £30m according to The Guardian. 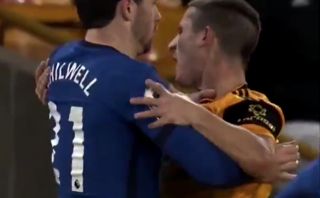 Video: Ben Chilwell is a lucky boy to escape punishment as he grabs Podence by the neck vs Wolves December 15, 2020 20:08
Chelsea FC 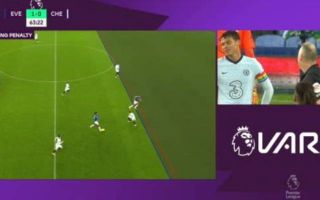 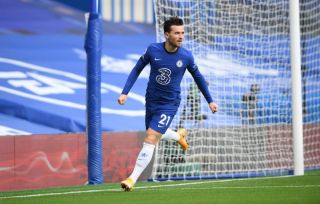 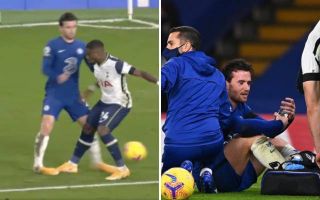