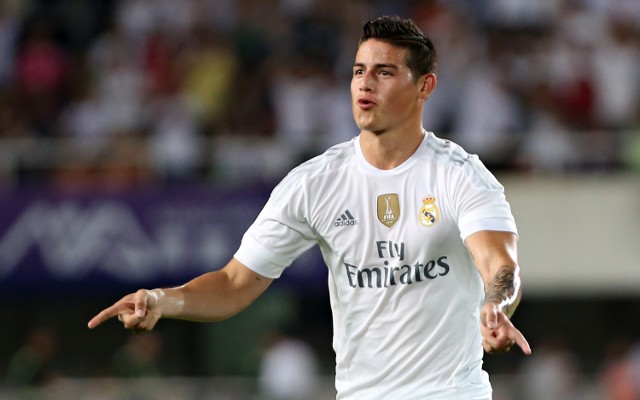 It’s been an up and down week or so for AC Milan, with news that Gianluigi Donnarumma won’t renew with the club undoubtedly a major blow.

However, the Rossoneri will have to move on quickly and continue their excellent work so far this summer, with four new signings having already been secured.

As reported by MilanNews.it, the club are still keen to add a marquee name this summer, and particularly after Donnarumma snubbed them, they need a possible new face of the club to excite supporters and grow their global appeal.

It’s claimed that could come in the form of either James Rodriguez or Lucas Moura, with the former of course being the more appropriate signing to satisfy the above criteria.

A meeting took place between Real Madrid president Florentino Perez and Milan CEO Marco Fassone on Friday, as per the report, with the possibility that Milan could take the Colombian playmaker on loan initially with an obligation to buy further down the line.

Another expensive signing could be Moura, who like Rodriguez, could benefit from a change of scenery and a prominent role elsewhere to really take his game and profile to the next level.

Meanwhile, there is growing concern that the club’s fallout with agent Mino Raiola could lead to them cutting all ties with him and his clients, as noted by Tuttosport.

Unfortunately, Giacomo Bonaventura and Ignazio Abate are currently represented by Raiola, and particularly in the case of the former, Milan will be desperate to avoid losing him as he will play a pivotal role for Vincenzo Montella next season, as he has done for the club in recent years.

Raiola has been heavily criticised for his role in the Donnarumma saga even though it was ultimately the 18-year-old who made the final decision, and so it has led to this potentially tense stand off.

Also, Calciomercato report on who is being lined up to be Donnarumma’s replacement, with three names now seemingly coming to the fore.

Genoa goalkeeper Mattia Perin is considered the favourite, Juventus reserve Neto is an option as is Pepe Reina from Napoli. However, it’s also added that in the war with Raiola, Milan’s current star shot-stopper may be forced to stay for a year until his contract runs out next summer.