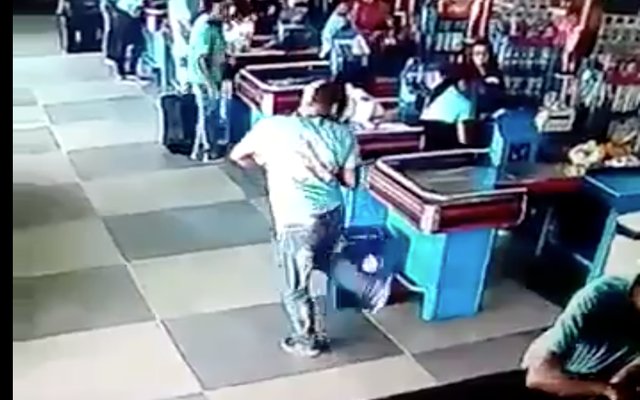 Somewhere in Brazil, there’s a man who has become a viral superstar on social media, and it’s all down to this CCTV footage clip.

The unknown hero is simply referred to as the ‘Brazilian man in supermarket’ in the caption on this video, as while carrying some goods to the till he dropped something.

Now the mere mortals among us would have admitted defeat, picked said dropped item off the floor and continued on our way. Not this superstar.

This Brazilian man decided to do a spot of keepy-upiies before a cheeky little flick round the back lofted the item into the air and he was able to catch it amongst the pile in his arms.

Brazilians are generally blessed when it comes to skills with a football, and we’ve all got our favourite Selecao hero. But this is a little bit special. The clamour will undoubted begin to find this man…