Antoine Griezmann married girlfriend Erika Choperena in a secret wedding over the weekend.

The Atletico Madrid striker and his new wife caught the media by surprise as they tied the knot at a quiet ceremony.

He captioned the joyful Instagram picture: “Un camino lleno de felicidad”, which roughly translates to ‘A path full of happiness’. 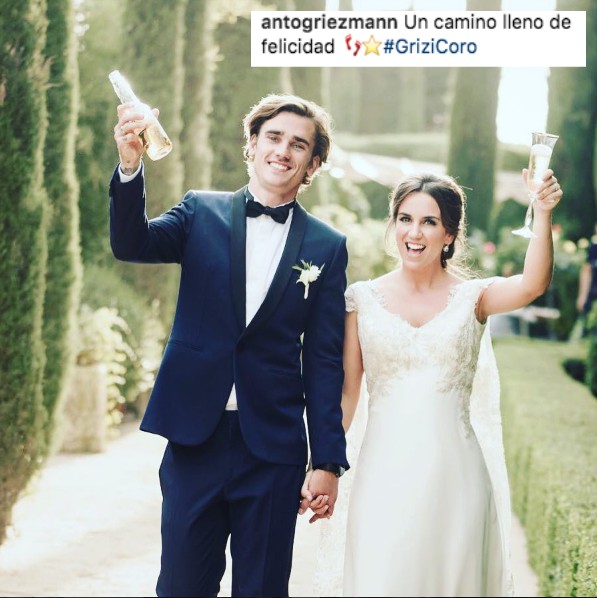 Griezmann and his wife have one child together, daughter Mia, who was born in April last year.

The young family can now focus on putting down long-term roots in Madrid after Griezmann signed a new contract with Atletico earlier this month.

According to BBC Sport, Griezmann penned an extension until June 2022, despite widespread reports that he was close to securing a move to Manchester United.

His Champions League stats have been pretty impressive too – he has averaged more that one goal every other European game over the past two years.