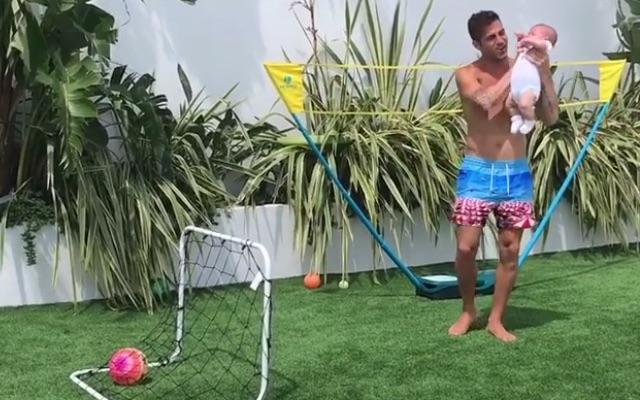 No player has set up more goals in the Premier League in the last three seasons than the 31-year-old Chelsea midfielder, who claimed yet another assist this weekend.

Leonardo is Fabregas’s only son, but he has three children in total.

The former Barcelona star has daughters called Lia and Capri.