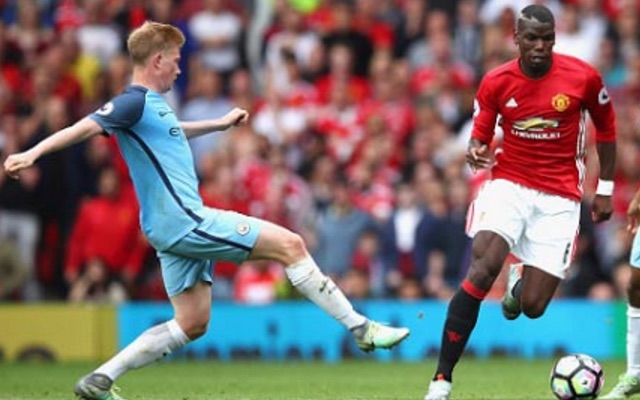 Here are five of the biggest transfers to date:

The highly anticipated return of Paul Pogba to Manchester United, which happened in the summer 2016 window, has to be number one. Pogba has settled well in Manchester again and has found himself popular with both fans and teammates. He has not been immune from criticism, but he returned nine goals this season and played a big part in their Europa league success, even scoring in the final.

As reported by the BBC, Ángel Di María made the move from Real Madrid in the summer 2014 window. A tricky winger, Di María was a high-profile, marquee signing. Unfortunately, it didn’t work out and, after enduring a torrid time, he left for Paris Saint-Germain in August 2015. Reasons as to why it didn’t quite work out for him centre on his turbulent relationship with manager Louis van Gaal and the pressure of expectation. Although he enjoyed some fine moments, such as his dinked finish in the game against Leicester in September 2014, overall his time in England was not a happy one.

The transfer of Kevin De Bruyne to Manchester City was huge news in 2015, and he has become a hit with their fans. Many are so sure of his ability that they have a flutter on him at the various bookmakers. Currently enjoying life at the Etihad Stadium, it would seem that De Bruyne has a fine relationship with manager Pep Guardiola as his seven goals from this season show.

Chelsea captured Fernando Torres in January 2011 in what looked a sure-fire hit. Unfortunately for club and player, it didn’t go according to plan. Netting just 20 goals in three seasons with the Blues, it was not a good signing for the club, and he eventually left in 2014. Although he did have some highlights, such as scoring against Barcelona in the Champions League, it was more down than up.

Initially at Liverpool, Sterling moved to Manchester City in the summer of 2015. He hit the ground running and enjoyed a fine start to his City career. Popular with teammates, he did have a tricky time after that, but has since found his form again under Pep Guardiola. Notching ten goals in 2016/17 and continuing to play for England, it has been a successful move for club and player.

The influx of cash into the Premier League and its clubs over recent years has seen spending in the transfer windows increase accordingly. With the summer 2016 window being the biggest to date, who’s to bet that this won’t be beaten by the time this summer is over?