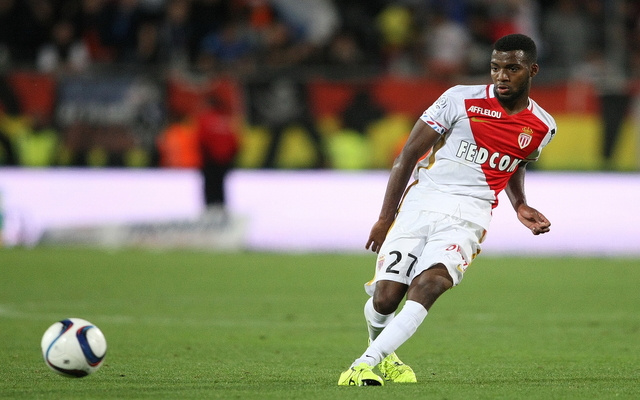 Barcelona are reportedly interested is signing Monaco ace Thomas Lemar as they look set to provide stiff competition for Arsenal and Tottenham.

The 21-year-old was one of the star performers for Monaco last season, scoring 14 goals and providing 17 assists in 55 appearances in all competitions to help them secure the Ligue 1 title as well as enjoy a thrilling run to the last four of the Champions League.

Having snapped him up for next to nothing from Caen in 2015, the French international has done incredibly well to establish himself as one of the most in-demand players in Europe this summer, but as per L’Equipe, he could be forced into making a very tough decision.

The report claims that Barcelona have now joined Arsenal and Tottenham in the race for his signature, while The Sun add that Lemar has a £30m asking price which Arsenal are willing to satisfy.

It’s unclear if that really is the value placed on him by Monaco as he would arguably fetch a lot more given the season he’s just had and his age, but all that could be irrelevant for the Gunners if Barcelona push their way to the front of the queue.

Monaco will be desperate to avoid losing another key first-team star having already seen Bernardo Silva leave for Manchester City while Tiemoue Bakayoko is set for Chelsea, and losing Lemar as well as Kylian Mbappe who has been dominating headlines this summer will be really damaging blows for coach Leonardo Jardim.

It’s clear why all the three teams interested in Lemar want to add him to their respective squads though as he would add quality and would be a real upgrade in midfield, but it remains to be seen if Monaco’s demands can be met and if he indeed wants to move on this summer.