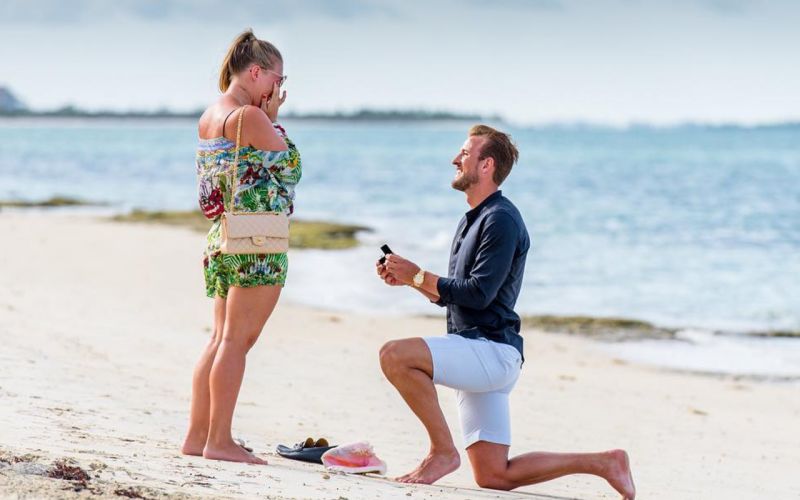 Tottenham striker Harry Kane has announced his engagement to his girlfriend Kate Gooder via Instagram.

The Spurs forward, who won the Premier League golden boot last season, posted a picture of him proposing to his girlfriend on a beach in the Bahamas with the caption “She said YES!”.

Being Premier League top scorer and league runner-up with Tottenham and now getting engaged, life must be pretty sweet at the moment for Spurs’ number 10.

Congratulations Harry, we wish you and your future wife all the best.