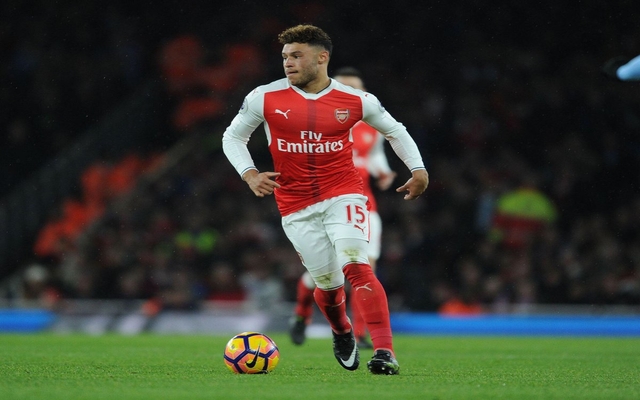 Arsenal ace Alex Oxlade-Chamberlain has reportedly decided to see out the remaining 12 months on his contract and could leave on a free next summer.

The 23-year-old is coming off the back of arguably his most impressive season at Arsenal yet, showing his quality and versatility in various positions.

In a campaign in which Arsene Wenger’s side disappointed across the board aside from their FA Cup triumph, the England international was a key figure in that and came out of the season with a lot of praise from supporters.

However, according to The Times, he could now be set to move on as he has declined a significant wage increase from Arsenal to throw his future at the Emirates into serious doubt.

It’s claimed that his priority is playing time rather than improving his personal terms, which makes the decision quite strange still as he would play a fundamental role for Arsenal moving forward.

Liverpool are reported as being the most interested party and have made a direct approach to Arsenal, with Oxlade-Chamberlain said to be attracted by the possibility of playing for Jurgen Klopp and alongside other top players at Anfield.

Nevertheless, Liverpool saw their approach rebuffed quickly, and so it remains to be seen whether or not they return now or wait till next summer to make their move for a free agent.

Arsenal have their reported wage problems in terms of controlling the increase in the bill overall this summer, while a lot can change in 12 months with Oxlade-Chamberlain still potentially open to changing his mind. In turn, in an ideal world he would just commit his future immediately. However, Arsenal will surely continue to try and persuade him moving forward.