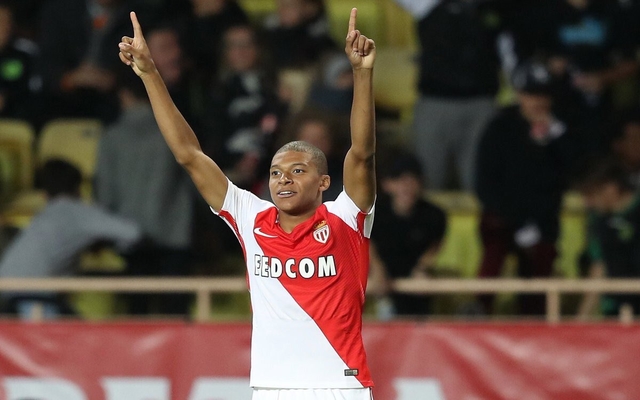 Arsenal will reportedly make a £125m bid for Monaco starlet Kylian Mbappe this week as Arsene Wenger hopes his personal connection will make the difference.

The 18-year-old is the most in-demand player in Europe after last season having scored 26 goals and provided 14 assists in 44 appearances as he guided Monaco to the Ligue 1 title and the last four of the Champions League.

Aside from Arsenal, Real Madrid and Manchester City have also been heavily linked with a move, but according to The Mirror, it’s the Gunners who could be ready to make the first serious move.

It’s claimed that Wenger has spoken with the youngster’s father, Wilfried, in a bid to convince them to move to north London, as he supposedly has a major influence on his son’s career.

The French tactician’s reported strategy isn’t surprising, in that he has tried to warn the pair that a move to Madrid could stunt Mbappe’s progress given the competition for places, whereas at Arsenal, he would be a central figure under him next season and beyond.

It’s a fair assessment given that Cristiano Ronaldo, Gareth Bale, Karim Benzema and several other key figures will all be in direct competition with Mbappe for a place in Zinedine Zidane’s starting line-up, but a move to the Bernabeu will surely be difficult to turn down regardless.

While Wenger will hope that his personal touch can make all the difference, it’s also added by the Mirror that the Arsenal boss wants Mbappe’s teammate, £30m-rated Thomas Lemar.

If the Gunners were able to land the pair, it will undoubtedly give everyone at the club a huge lift ahead of next season and would surely transform the team. It’s added that there is still doubt over getting a deal done for Alexandre Lacazette, and so Arsenal’s focus may yet switch to the Monaco pair.