Barcelona are reportedly set to beat the likes of Chelsea and Manchester City to the signing of Juventus defender Leonardo Bonucci this summer.

Both Antonio Conte and Pep Guardiola have been linked with countless defensive targets, with both coaches needing reinforcements in that department ahead of next season.

Given the level of quality and consistency that he’s displayed for club and country over a number of years, Bonucci would surely be an ideal signing for any manager in Europe.

As seen below on the frontage of Tuttosport on Sunday, it’s claimed that Barcelona have now entered the race to sign the 30-year-old, which is bad news for Chelsea and City.

Following John Terry’s exit and Nathan Ake’s sale, Conte is even shorter of options now, while Guardiola couldn’t rely on Vincent Kompany for most of last season due to ongoing injury problems while John Stones didn’t play to the level expected of him.

Mundo Deportivo reveal more details of the report and suggest that Barcelona have already spoken with the Italian international to let him know that they’re keen, and while he is open to the idea of playing in La Liga next season, he knows the Catalan giants must make a formal request to get the ball rolling.

Juventus will undoubtedly hope that he stays as he continues to form a fundamental part of their successful squad under Massimiliano Allegri, and as of yet neither Chelsea nor City have been able to prise him away.

Barcelona entering the race could change things though, and time will tell if he’s prepared to leave Turin and be a pivotal figure in the heart of Ernesto Valverde’s side next season and beyond. 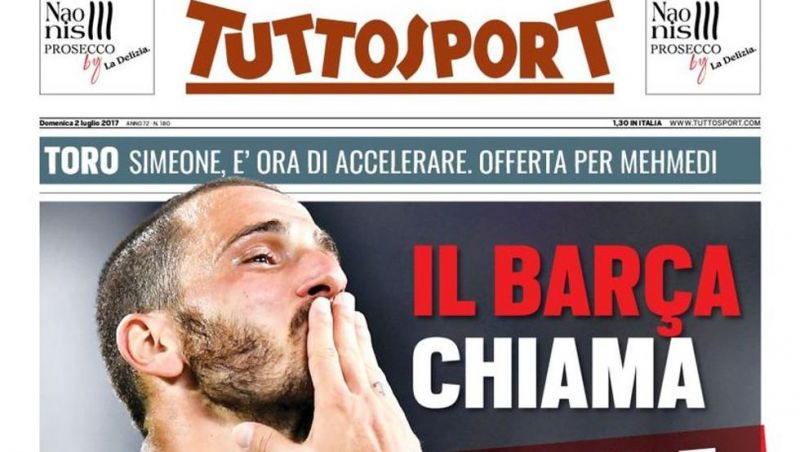