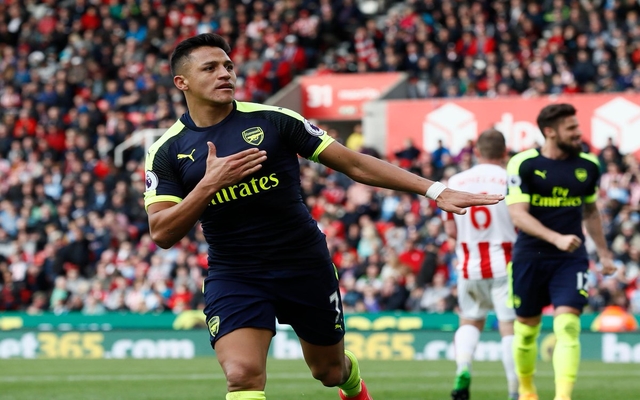 Bayern Munich manager Carlo Ancelotti has hinted that Bundesliga giants may be interested pursuing the signing of Arsenal forward Alexis Sanchez, according to Sky Sports.

As reported by Sky Sports, Sanchez, who finished runners up with Chile at the Confederations Cup on Sunday, says he has decided on his future but will not reveal where he will be playing next season.

Sanchez has been linked numerous times with the Bundesliga champions, and boss Ancelotti has said that “If an opportunity comes up, the club will be ready,” as per Sky Sports.

The Chilean forward, who only has one year left on his current contract with the north London side, contributed to 35 goals in 38 league games last season, scoring 24 and assisting 11, as the Gunners missed out on Champions League football for the first time under Arsene Wenger.

Whether Sanchez ends up signing for the Bundesliga giants or not, it’s certainly going to be interesting to see who Arsenal go for as a replacement for the Chilean.