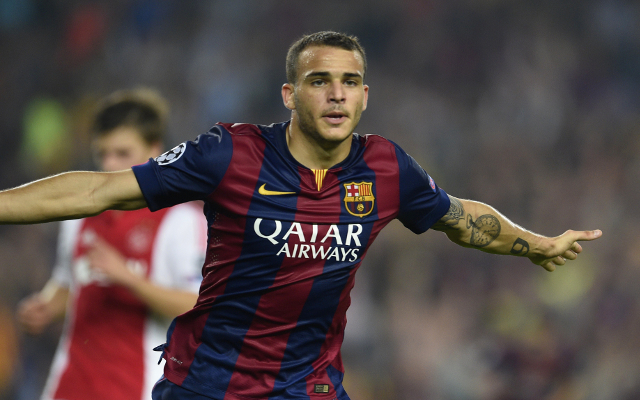 Everton have reportedly completed the signing of Malaga frontman Sandro Ramirez, according to the Express.

As per the Express, the Toffees managed to complete the signing of the former Barcelona forward despite reports in Spain suggesting that Atletico Madrid were ready to step in at the last minute and make a move for the Malaga man.

The move, which was also reported by Sky Sports,  sees the Merseyside club splash out £5.25M on the Spanish striker who contributed to 19 goals in 30 La Liga games for Malaga last season, scoring 14 and assisting five.

Sandro, who signed for Malaga in at the start of last season after being let go by Barcelona, has signed a five-year deal with the Toffees and will reportedly wear the number nine shirt for the coming season, as reported by the Express.

Is this move for Sandro a sign that Everton are preparing for the departure of striker Romelo Lukaku? We’ll just have to wait and see.