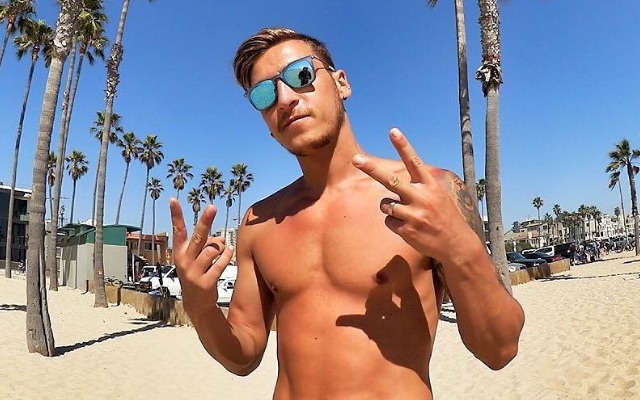 The photo below was sent to Ozil’s ex tonight, while the topless gem above was posted four days ago with the caption: “My idea of a perfect holiday”.

Mesut Ozil has tonight claimed that he is the victim of an Instagram hacking.

The photo is of Ozil holding his ex-girlfriend Mandy Capristo, who is tagged in a cringeworthy message.

Roughly translated from German, the caption reads: “I know I have messed up, Mandy, but will always love you”.

Ozil and singer Capristo were an item from 2013 to 2016. They seemed very close based on their social media activity and even shared custody of dogs – that’s serious commitment!

Sadly though, the pair split in October 2016, two years after the Daily Mail accused Ozil of cheating.