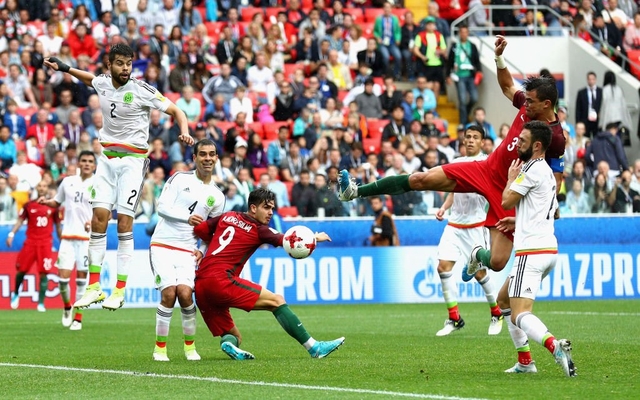 Portugal defender Pepe scored a crucial goal in injury-time in his side’s 2-1 win in the third-place playoff clash with Mexico in the Confederations Cup on Sunday.

A second-half Neto own goal had given the Mexicans the advantage, and it appeared as though a penalty miss from AC Milan striker Andre Silva would prove costly for the European champions.

However, up stepped Pepe with a dramatic late equaliser to force extra-time, before Adrien Silva showed his teammates how to find the back of the net from the penalty spot to seal the win.

Pepe, 34, is a free agent this summer with his Real Madrid contract expiring, and it remains to be seen who wants him as he can evidently still do a job for club and country.

While his character may make him one of the less popular players in football, there can be no doubts about what he brings to his respective teams as he emerged as one of the heroes for Portugal on Sunday to help them finish the Confederations Cup on a high note.