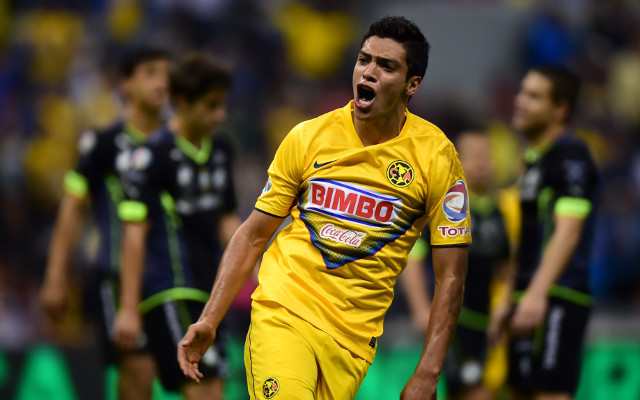 West Ham and Liverpool are set to go head to head for the signing of Mexican international Raul Jimenez, according to A Bola.

The striker, who is currently on international duty for Mexico at the Confederations Cup, is reportedly a target for both  sides, and as reported by A Bola, his current club Benfica are expecting an offer from one of the Premier League clubs.

The move, which has also been reported by the Sun, nearly happened for the former Atletico Madrid man in 2015, as Jimenez came very close to signing for the Hammers, however the striker reportedly overslept and missed his medicals.

As per the Sun, the Hammers are still keen on a move for the 26-year-old despite their previous failed attempt to sign the Mexico forward, who scored seven goals in 18 league appearances last season.

As also reported by the Sun, Liverpool are also in the market for a centre forward, and the Benfica man fits the mould for the type of player Reds boss Jurgen Klopp is looking for.

If Benfica do decide to sell Jimenez, it’ll certainly be interesting to see where the Mexico international ends up.