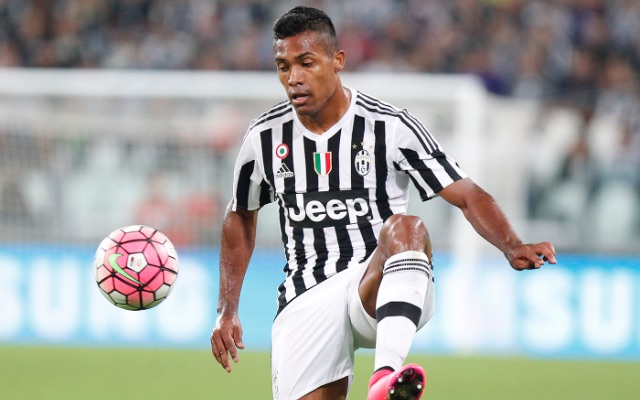 Chelsea reportedly hope to make a key breakthrough in the signing of Alex Sandro from Juventus on Monday, with a £60m move being touted.

The Blues have been forced to be patient so far this summer when it comes to new signings, and with pre-season upon us, it’s only led to further frustration for supporters over the lack of activity.

That could all be about to change though, as according to The Telegraph, Chelsea hope to get a clearer picture of their chase of Sandro on Monday, as they will hold a fresh round of talks with Juve and are confident the figures involved will be enough to convince them to sell.

It’s claimed that they will splash out £60m on the Brazilian ace, which is just one-third of their planned £125m spending splurge with Antonio Rudiger and Tiemoue Bakayoko of Roma and Monaco respectively also set to arrive at Stamford Bridge this summer.

Further, it’s claimed that Sandro will have to make a decision on what he prioritises, as if it’s money, then Chelsea will be in pole position as they will reportedly offer a £100,000-a-week contract, while the Turin giants can offer £76,000-a-week at best to persuade him to stay at the Allianz Stadium.

Chelsea are said to be favourites to land Sandro ahead of Paris Saint-Germain as the player himself has hinted he would prefer a move to the Premier League, and so there is a high level of optimism that a deal can be done.

As part of that £125m spree, £30m will be spent on Rudiger, while a further £35m will be put aside for Bakayoko, as per the report. These moves have been talked about for some time now though, so Chelsea will hope to finally conclude things in the next week or so if possible.