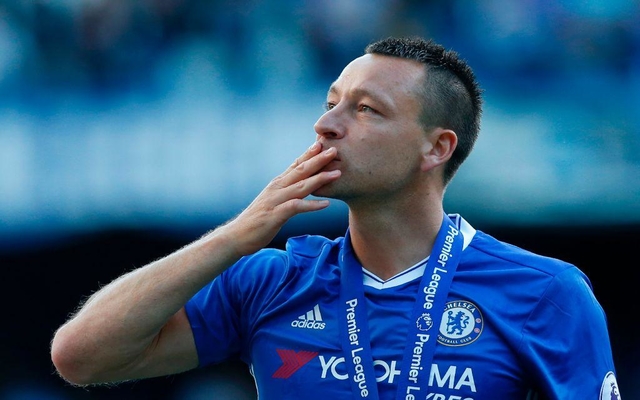 After leaving Chelsea this summer, John Terry is set to continue his playing career with Aston Villa after chairman Tony Xia confirmed the move.

Xia clearly couldn’t wait for the official announcement while he also decided to troll rivals Birmingham City too all in one tweet, as seen below.

The 36-year-old brings a wealth of experience to Villa Park, as he will now look to help them secure promotion back to the Premier League under Steve Bruce.

The Villa boss took charge after a poor spell to start last season under former manager Roberto Di Matteo, but a costly dip in form in January saw them miss out on the playoffs as they have been forced to wait another year to return to the top flight.

Villa arguably have to get it right this time round as they won’t want to spend another year in the Championship with the big wages that they’ve taken on in rebuilding the squad, and that now seemingly includes Terry.

With over 700 appearances in all competitions for Chelsea under his belt, five Premier League titles, five FA Cups and the Champions League to his name, it’s a huge signing that Villa will be hopeful is an influential addition to the team to build a winning mentality and regain their Premier League status.

Terry has been pictured with Bruce playing golf on two separate occasions this summer, and it appears as though their close relationship may have made all the difference as there was interest from elsewhere in Terry too as he now looks forward to the next chapter in his career. It may take some getting used to not seeing him in the Chelsea kit though…