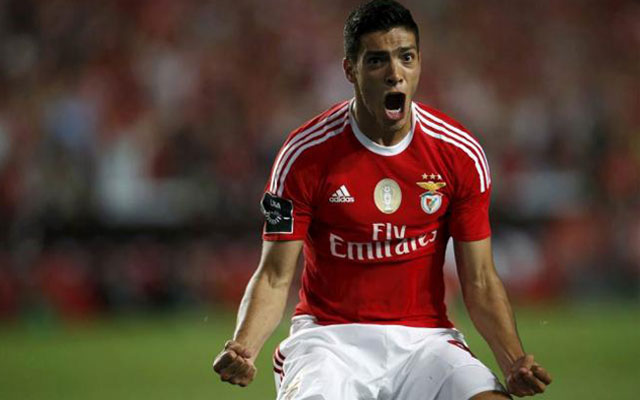 Liverpool are reportedly in a transfer scrap with West Ham this summer, with the two clubs chasing Benfica star Raul Jimenez.

Jurgen Klopp has already added Mohamed Salah to his squad this summer, but he’ll undoubtedly be hoping to welcome a few more new faces to the club before the start of next season.

According to A Bola, one of his targets is Jimenez, as it’s claimed that Benfica are preparing themselves to receive a significant offer for the Mexican international this summer.

Further, it’s added that there is a good chance that he’s sold in the coming weeks, provided that the Portuguese giants receive a suitable offer. The 26-year-old scored 11 goals and provided three assists in 32 appearances in all competitions last season, and it seems he could be on the verge to a big move to England.

The report notes that he became Benfica’s most expensive player ever in the club’s history once they had paid the full €21.8m to Atletico Madrid to acquire him, and so while there isn’t any indication of what it will take to prise him away from Portugal this summer, it will most certainly be significantly more than that.

Liverpool will need to add quality and depth up front this summer to compliment what they already have, but it’s questionable as to whether or not Jimenez is the right man for the job.

As they look to compete in the Premier League and Champions League, the Merseyside giants will surely need a proven goalscorer to fire in 20+ goals next season, but it’s easier said than done to acquire one.