Chelsea hero Frank Lampard has had a clean-cut image right the way through his career on and off the pitch, but he probably raised a few eyebrows on Sunday.

The former Blues midfielder posted an Instagram story with an image of his partner, Christine Bleakley, and their dog together, with the caption; “my two b******”, as seen below.

Now we don’t know how the pair work in terms of their sense of humour and whether or not Christine would have found this funny or even knew about his post before he published it, but for those on the outside looking in, it didn’t look too great in honesty.

Naturally it sparked an angry reaction from some users while the snap has since been deleted, while others saw the funny side of it and given his overall reputation, it’s hardly coming across as the most malicious of comments.

The pair married in December 2015, and while Lamps isn’t busy getting tongues wagging with his social media activity, he’ll be looking to continue his punditry work in the coming season as well as potentially looking for a new job in management. 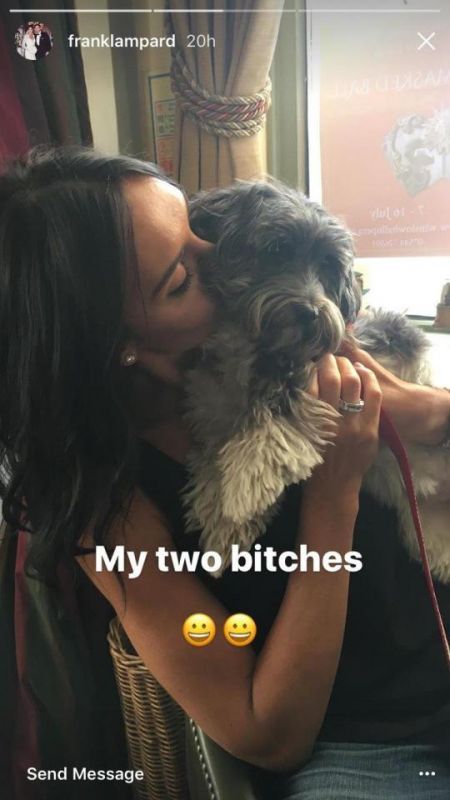