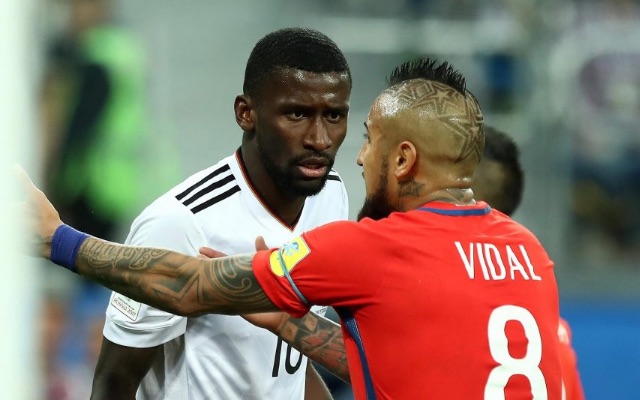 Chelsea are reportedly close to securing their fifth new signing of the summer.

Those four deals were all fairly low-key and slipped under the radar to an extent, but their latest arrival should expect much more fanfare.

According to Sky Italia, Chelsea have agreed to sign 24-year-old Roma defender Antonio Rudiger for an initial €33m (£28.97m) transfer fee, which could rise by €5m (£4.39m) subject to a bonus being activated.

The same source claims that the player will pen a four-year contract, worth around £77,000 per week.

Rudiger will be in London to undergo a Chelsea medical today, per Sky Italia.

In Rudiger Chelsea will be getting a 17-time Germany international, who started four of his country’s five matches at the recent Confederations Cup, including the final.

He is most often used as a centre-back, but can also play on either side of a defence – such versatilely making him an excellent candidate to lineup in Antonio Conte’s 3-4-3 formation.