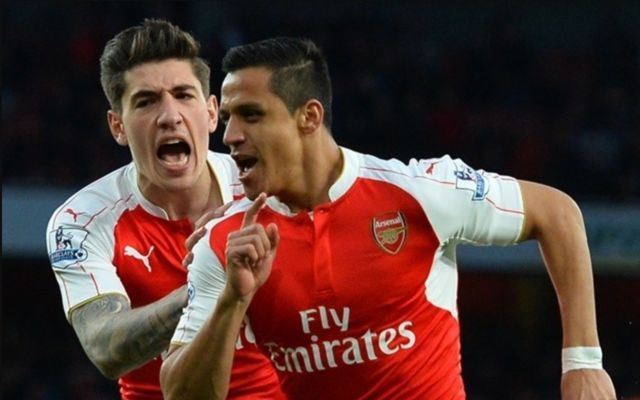 Arsenal boss Arsene Wenger is set for crisis talks with both Alexis Sanchez and Hector Bellerin after the pair’s future remains in doubt, according to the Sun.

Arsenal manager Wenger is, as per the Sun, bracing himself for two summer transfer sagas around both Bellerin and Sanchez, with the Gunners boss wanting the pair to stay at the club.

Bellerin, who has been linked with a move to La Liga side Barcelona as reported by the Sun, is set to be told by Wenger that he won’t be allowed to leave the club despite the the Spanish side’s confidence in landing the defender.

The Gunners face an even tougher task in trying to keep hold of highly sought-after winger Alexis Sanchez, who according to the Sun, has attracted interest from Pep Guardiola’s Manchester City.

If we do indeed see Arsenal lose both Bellerin and Sanchez, it’ll definitely be interesting to see who boss Arsene Wenger brings in to replace the pair.