With Alexandre Lacazette finally confirmed as an Arsenal player today demand for replica shirts with his name and number printed on them was inevitably high.

However, Arsenal were seemingly unprepared for this. 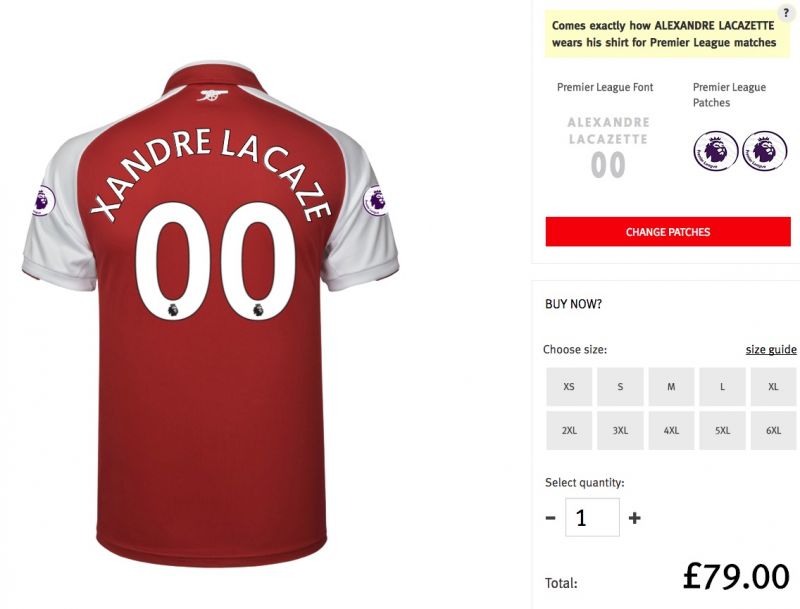 Shortly after Arsenal announced Lacazette we went onto the club’s official website to see if we could buy a shirt with his details on the back.

And indeed we could, although it didn’t look quite right.

Not only was Lacazette’s squad number shown as double zero, Arsenal.com appeared to suggest that his first and last names would both be abbreviated in order to fit above it.

We can only assume that this was an error, even though the site suggests that it is “exactly how ALEXANDRE LACAZETTE wears his shirt for Premier League matches”.

A replica Arsenal shirt costs £55, plus £24 for printing.

This isn’t the same jersey the players wear, though. The real McCoy, which is designed to enhance sporting performance, will set you back £100 without printing.