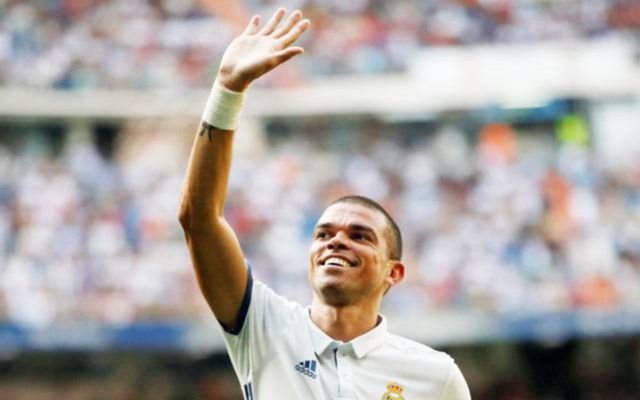 The defender, who won the European Championship with Portugal in 2016, has reportedly signed a three-year deal with the Turkish giants, as per Sky Sports.

Pepe, who was reportedly in talks with French side PSG according to Goal, had said that he had attracted interest from a number of Premier League clubs, as reported by Sky Sports.

The 34-year-old, who has just recently helped Portugal to a third place finish at the Confederations Cup, signed for Madrid from Porto in 2007 and has won a number of trophies during his time at the club, including three league titles and three Champions League’s.

If Besiktas do manage to bring Pepe in, it’ll be worth seeing who Los Blancos decide to replace the Portuguese defender with, as Madrid would only be left with three first team central defenders in Sergio Ramos, Raphael Varane and Nacho Fernandez.