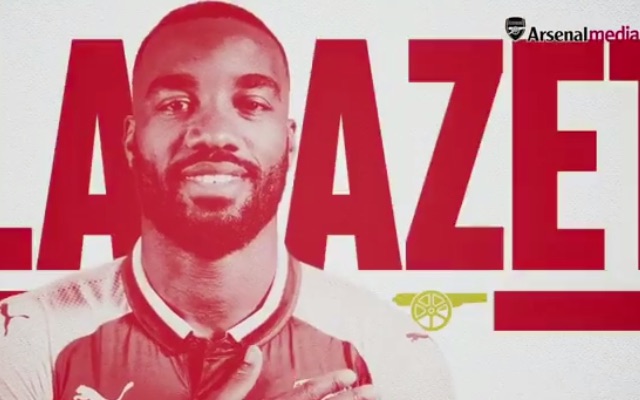 The Gunners confirmed the deal on Instagram on Wednesday afternoon by posting a video of the French striker patting the badge of his new club.

Lacazette is now Arsenal’s all-time record signing, according to BBC Sport, who claim that his initial £46.5m fee could eventually rise to £52.6m.

Arsenal’s official website report that Lacazette is likely to travel with his new teammates to Sydney this weekend, before making his home debut for the Gunners at the Emirates Cup on July 29 or 30.