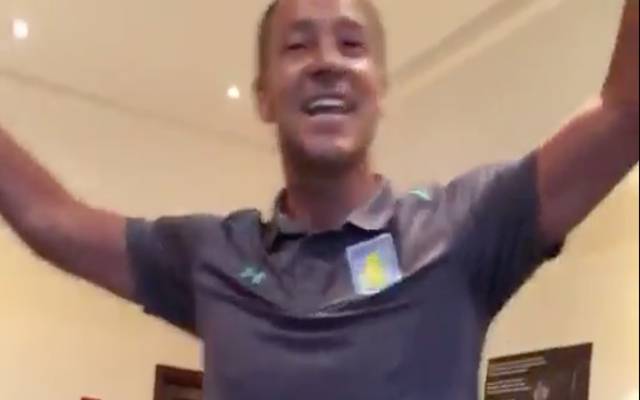 Sticking to tradition, John Terry didn’t let his Aston Villa teammates down this week as he stood up and belted out an initiation song for the lads.

The Chelsea legend opted to go with an absolute classic as he sang Ben E King’s ‘Stand By Me’, and in fairness, he’s not got a bad singing voice as his new teammates cheered him on throughout during their pre-season retreat to Portugal.

It would have been a nerve-racking situation for the 36-year-old, as after undoubtedly spending years embarrassing new Chelsea players in this predicament, the tables were very much turned as he now starts his own new challenge after leaving Stamford Bridge at the end of last season.

Terry will undoubtedly have aspirations of returning to Chelsea in the future, but with the singing out the way and pre-season training well underway, he’ll be fully focused on getting Villa back up to the Premier League.