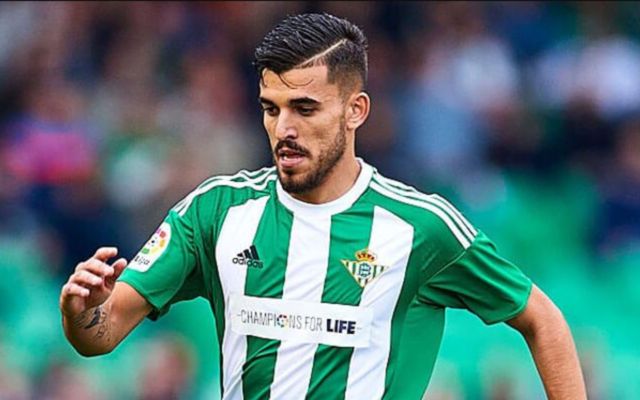 Barcelona are reportedly remaining patient as they await news regarding two of their top summer targets in Dani Ceballos and Hector Bellerin.

Coach Ernesto Valverde will be hopeful of welcoming some top new signings ahead of his first season in charge of the Catalan giants, but the wait goes on to see who arrives.

According to Mundo Deportivo, Barca have taken a backseat in their pursuit of Ceballos, who is undoubtedly one of the most in-demand youngsters in Europe having impressed during the U21 European Championship this summer.

Coupled with the fact that he has a €15m release clause in his Real Betis contract, and the 20-year-old seems to be one of the best value for money options out there.

It’s claimed in the report that while Real Madrid have set a deadline for him to respond to their offer with Zinedine Zidane eager to get his group together for the start of pre-season, Barcelona have taken a more relaxed approach and will hope that he ultimately decides that a move to the Nou Camp would be the best switch for his career.

Meanwhile, it’s another waiting game for Bellerin, as the Arsenal star continues to express his desire to leave the Gunners, as per Mundo Deportivo.

It’s claimed that the former Barcelona youth star has held two meetings with Arsene Wenger since returning from international duty last month, during which he reiterated his desire to leave the Emirates in favour of a return to Spain.

However, on both occasions he was told by Wenger that he isn’t for sale and the club wouldn’t be considering Barcelona’s interest as he remains a key figure in their plans moving forward.

It remains to be seen whether or not Bellerin can be convinced to stay now, but Arsenal’s stance is clear as Barca await positive updates to suggest that they will finally solve their issues at right back.