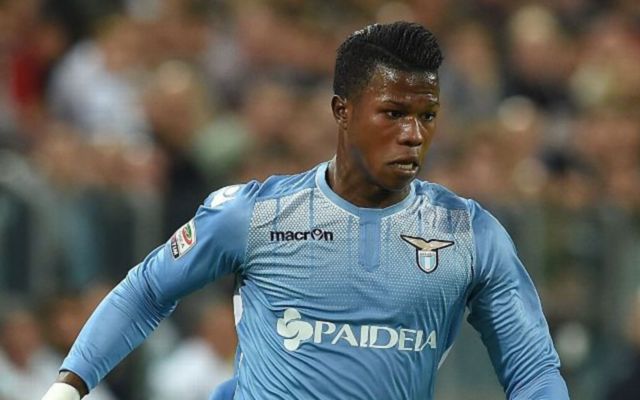 Premier League champions Chelsea are interested in bringing Lazio winger Balde Keita to the club, as Antonio Conte looks to add to his squad ahead of the upcoming season, according to La Repubblica.

As per the La Repubblica, Chelsea are looking to add to their attack for next season, having being beaten to the signing of one of their main targets, Romelu Lukaku.

Keita’s potential move, which was also reported by the Metro, has come about after his impressive performances for Lazio last season, and the winger has attracted interest from a number of clubs, including the likes of both Liverpool and Juventus.

Chelsea’s pursuit of the winger, as also reported by the Metro, looks to set Chelsea back around £26M, which is the figure that Lazio are reportedly holding out for, with the Blues set to tempt the hands of the Serie A side with an offer of £17M for the Senegalese international.

Should Keita make the move to Stamford Bridge, it’ll be worthwhile seeing whether or not the winger is able to cement a place in Antonio Conte’ starting line-up.