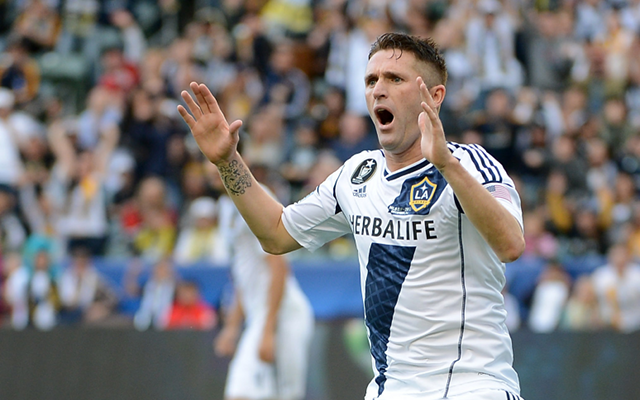 Former La Galaxy and Spurs forward Robbie Keane is interested in a move to Championship side Birmingham City, in order to reunite with former boss Harry Redknapp, according to Sky Sports.

Keane, who worked under Redknapp during their time together at Spurs, is out-of-contract after leaving LA Galaxy, and the former Republic of Ireland striker believes he could offer something to the Championship club, as reported by Sky Sports.

As per Sky Sports, Keane, who has been training with Irish club Shamrock Rovers, had a conversation with current Birmingham boss Redknapp at Michael Carrick’s testimonial last month.

Keane, who’s managed 126 goals in 349 Premier League appearances throughout his career, is reportedly confident he has one big move left in him, reports Sky Sports.

Should Keane seal a move to Birmingham and reunite with former boss Redknapp, it’ll be worth keeping an eye on whether or not the 36-year-old can still cut it against some of England’s biggest clubs.