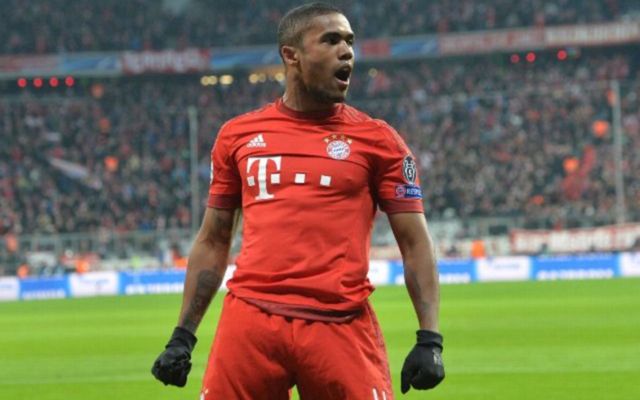 Juventus are said to be closing in on a deal to bring Bayern Munich and Brazil winger Douglas Costa to the club, according to football-italia.

The winger, who made 23 league appearances for Bayern last season, scoring four and assisting six, looks set to go on loan to the Italian champions for two years for a price of around £9M, with Juventus having the option to make the deal permanent in 2019, as reported by Football-italia.

As per football-italia, his current club Bayern Munich had put a £44M asking price on Costa’s head, who arrived at the club from Ukrainian side Shakhtar Donetsk in 2015.

Should Costa end up making the move from Germany to Italy, it would definitely be interesting to see how the winger is used in Massimiliano Allegri’s system at Juventus, and with wingers Juan Cuadrado and Marko Pjaca already at the club, it’ll be worthwhile seeing whether the Brazilian can cement a place in the Old Lady’s starting line-up.