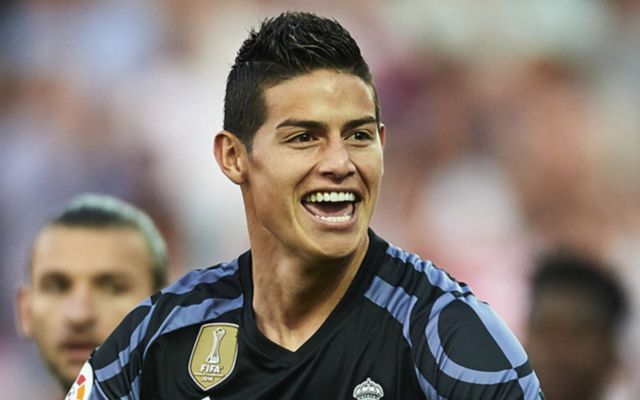 PSG have been made favourite by bookmakers ahead of both Chelsea and United in the race to secure the signing of Real Madrid and Colombia midfielder James Rodriguez, according to the Daily Star.

Rodriguez, as per the Daily Star, has been linked with a move away from Los Blancos, with both Man United and Chelsea interested in bringing the 25-year-old to the Premier League.

Rodriguez, who arrived at the Bernabeu from Monaco in 2014, only managed to make 22 appearances in the league last season for Zinedine Zidane’s side, which is his lowest total since joining the club.

Having seemed to have fallen out of favour at Madrid, bookmakers Betstarts have made PSG favourites to sign the 25-year-old, with United and Chelsea not far behind, reports the Daily Star.

If Rodriguez does end up leaving Madrid this summer, it’ll certainly be interesting to see which club the midfielder ends up at come September 1st.