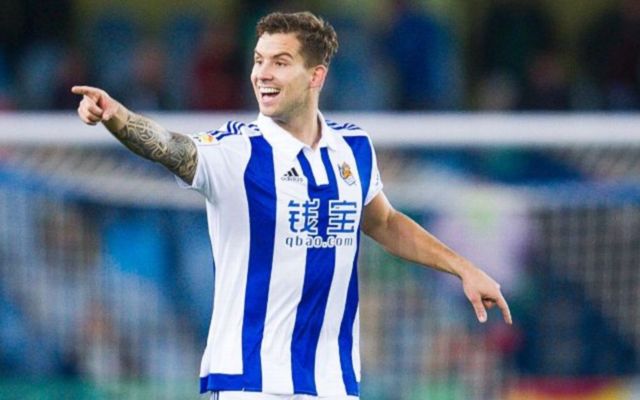 Man City are set to battle it out with Barcelona, AC Milan and Juventus for the signing of £26M-rated Real Sociedad defender Inigo Martinez, according to the Sun.

Martinez, who made 34 appearances in the league last season for Sociedad, signed a new contract with the club in April last year, with the La Liga side unwilling to raise his £26M release clause, as per the Sun.

However Sociedad may regret the decision they made a little over a year ago, as some of Europe’s biggest clubs look set to the test the Spanish side’s hand with a bid for the defender, reports the Sun.

The 26-year-old, as reported by the Sun, has just recently reported back to pre-season training for La Real, however the club are fearful that the defender’s days at the club could be numbered.

Should Martinez make the move to former Premier League champions Man City, it’ll be difficult to look past Pep Guardiola’s side as clear favourites for the Premier League title next season, with the club having already added Monaco winger Bernardo Silva and Benfica goalkeeper Ederson to their ranks.

This one definitely looks like one to keep an eye on.