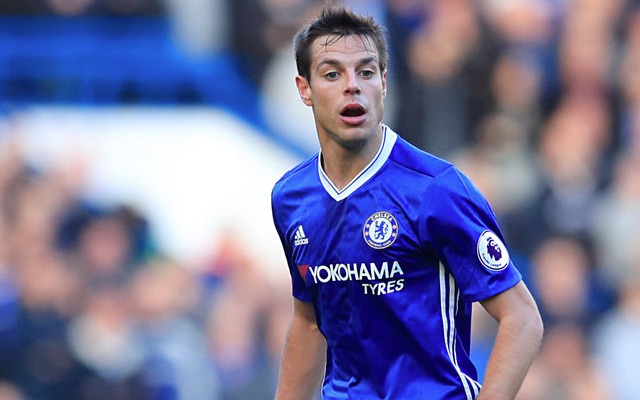 Barcelona are reportedly set to make a move for Chelsea defender Cesar Azpilicueta, who could be a possibility after Antonio Rudiger’s move to the Blues.

The German international sealed a £33.3m switch to Stamford Bridge on Sunday, as per BBC Sport, offering Antonio Conte plenty of versatility and defensive quality as he can play in a back three, as a central defender or a right-back.

That is seemingly enough for Cadena Cope, as reported by Mundo Deportivo, to suggest that Barcelona may look to launch a surprise move for Azpilicueta now that Conte has added another defender to his squad.

Ultimately, the Chelsea boss signed Rudiger to add quality and depth, not to replace another star player who was a fundamental part of their Premier League title success last season.

In turn, it’s highly unlikely that the London giants are going to want to even discuss Azpilicueta’s future, and so Barcelona may well have to continue to look elsewhere for the answer to their problems at right back.

The Spaniard has ultimately emerged as an alternative to Hector Bellerin who has been heavily linked with a move from Arsenal this summer, and it isn’t the first time he’s been paired with a switch to the Nou Camp with the report going on to add that he addressed the speculation last month.

On that occasion, when asked by the Guardian for a response to talk of interest from Barcelona, Azpilicueta took pride in it. That’s not to say that he would accept a move if they came calling, but the suggestion by these latest reports is that Barca could knock on the door again and try their luck.