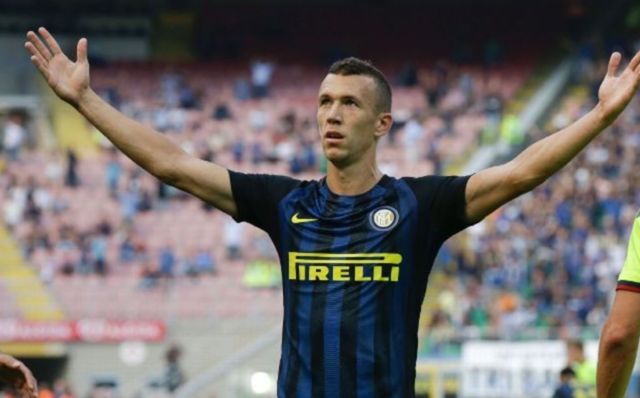 Man Utd are reportedly close to agreeing on a deal for Inter ace Ivan Perisic, although there is still a small distance between the two clubs on a fee.

The 28-year-old has been heavily linked with a move to Old Trafford for a number of weeks now as has been singled out as one of Jose Mourinho’s top targets.

According to The Independent, the Croatian international has already agreed on personal terms, and it’s suggested that those close to the deal believe that it will be completed for around £45m to £50m in the next seven days.

Newly appointed Inter coach Luciano Spalletti hasn’t been shy in expressing his desire to see Perisic stay at the club, as he undoubtedly believes that the winger could play an important role for his side next season.

However, the will of the player has been to move on and try a new challenge in England it seems, as per the report, although it remains to be seen if this report is accurate and a deal is reached between the two clubs in the next week or so.

The situation has dragged on for too long for Mourinho and Man Utd’s liking already, as the club will get their pre-season schedule underway this week in the US. In an ideal world, the Portuguese tactician would have had his entire squad available to him early, but both he and Man Utd have encountered difficulties across the board so far this summer.

Victor Lindelof remains the only big-name addition to the squad thus far with Romelu Lukaku expected to be the second arrival. After that, it looks as though Perisic could be the third with more to come this summer.