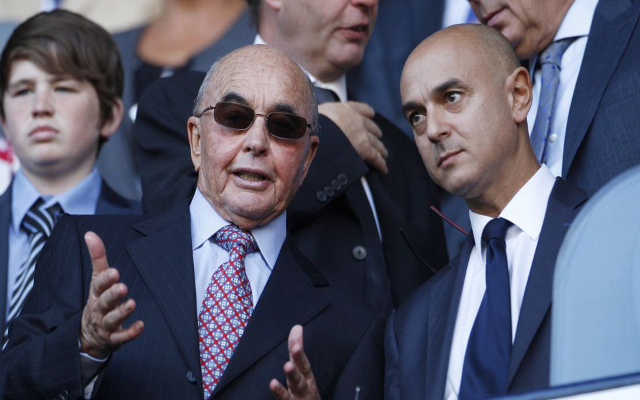 Tottenham have issued a statement in response to speculation that surfaced over the weekend of a possible £1bn takeover from an American investment group.

As detailed by The Sun, it had been suggested that Iconiq Capital had spoken to a number of Silicon Valley buy-out firms about the possibility of making an offer to purchase Tottenham to the tune of £1bn.

However, the response has been swift from Spurs, who have dismissed any claim that discussions are taking place over the takeover of the club in a statement released on Sunday.

“The Board is not in any discussions relating to a takeover offer for the club,” the statement read on the club’s official site.

It puts an end to the speculation immediately with the investment group in question linked with Facebook chief Mark Zuckerberg, as they manage his finances which has resulted in him being reportedly worth a staggering £49bn.

Having now established themselves in the top four in the Premier League and regularly qualifying for the Champions League, coupled with their move to a new stadium next season which will undoubtedly further boost the financial strength of the club and its profile, things are looking up for Tottenham on and off the pitch.

In turn, there doesn’t appear to be any immediate need to talk about a buy-out, although as has been noted throughout the years, both billionaire owner Joe Lewis and chairman Daniel Levy run a tight ship and have been keen to limit things financially in terms of wages, and so perhaps further down the line it could become a prominent issue as the club continue to enjoy more and more success.